Yet Another Feast - A Call For Action

The time is upon us to start assembling Feast of Laughter Issue 3.

We already have some amazing stories, essays, artwork, interviews, and reviews lined up. We need YOUR contribution. We need your original stories, your original essays, your original artwork, your original reviews, and your old and ancient and oft reprinted versions of the above. And if you've seen something online about Lafferty that you think ought to be reprinted, by all means suggest it. Try to reach out and get permission from the author to reprint it. The only real guideline is this: Share your love of Lafferty!


Email editor@feastoflaughter.org with all your ideas, submissions, stories, artwork, and daydreams of things you'd love to say about R. A. Lafferty, and even requests.

Share and be published! Join the growing phenomenon that is Feast of Laughter!
Posted by Kevin Cheek at 3:19 PM No comments: 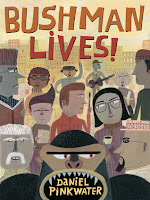