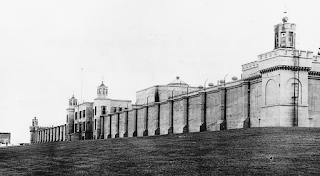 The castle on the outskirts of McAlester, OK - known as The Oklahoma State Prison
Posted by Kevin at 11:15 PM 1 comment: