For some reason, Ringing Changes (1984) is an often overlooked collection of Lafferty stories. It is not as even in quality as Nine Hundred Grandmothers, but it contains some of his greatest stories. Any collection that contains “Parthen,” “Old Foot Forgot,” “Days of Grass, Days of Straw,” and “Been a Long, Long Time” is a major collection. The fact that this was a readily available paperback may have helped introduce vast numbers of readers to the strength and magic of Lafferty’s writing.

Ringing Changes starts off with a bang with “Parthen.” The aliens have arrived. Never has the spring been so beautiful, never has business been so grand, and never have the women been so beautiful! All this in spite of the fact that it is a brutal, cold, wet spring, business failures and bankruptcies are at record-breaking highs, and the women--never have the women been so beautiful. This is a perfect little Science Fiction piece about global takeover by hostile aliens told without ever showing what is actually happening, or even acknowledging that anything is going on. Yet he leaves no question in the reader’s mind about what is actually taking place.

Parthen also includes one of the best descriptions of a beautiful woman in all of SF (and also in a large part of literature in general). Consider for a moment, in Golden Age SF women were mainly damsels in distress that swooned and fell in love at first sight with their rescuers--what an author friend of mine referred to as “rescuable commodities.” Occasionally their moon-like pale faces were described, or their hair or eyes. Later, in New Wave SF, women were often described as tanned and glistening and then the narrator would jump to the sex scene (I think New Wave SF writers were often horny and frustrated).

Lafferty avoided outright sex in his stories--instead, he took his time describing his female characters with classical allusions and implied desire. Then he let the reader fill the rest in, the resulting narrative depending more on the quality and patience of the reader’s imagination. Lafferty only provided the framework. Thus only he could have described a beautiful woman with a passage like:

She was a golden girl with hair like honey. Her eyes were blue—or they were green—or they were violet or gold and they held a twinkle that melted a man. The legs of the creature were like Greek poetry and the motion of her hips was something that went out of the world with the old sail ships. Her breastwork had a Gothic upsweep—her neck was passion incarnate and her shoulders were of a glory past describing. In her whole person she was a study of celestial curvatures.

Should you never have heard her voice, the meaning of music has been denied you. Have you not enjoyed her laughter? Then your life remains unrealized.


Imagine the beauty he is describing--an image springs to mind quite easily, but he actually gave us very little actual physical description. To describe her legs as Greek poetry and the motion of her hips as reminiscent of the old sail ships doesn’t tell us exactly what they look like but what our reaction to seeing them would be like.

This description and the description of the other women as being at least as beautiful is pivotal to the plot. The conclusion to the story is never in doubt, and is not in itself a surprise. How he reaches the end and what he doesn’t tell us is where the surprises are.

Daniel Petersen has a characteristically brilliant blog post on the story here: http://antsofgodarequeerfish.blogspot.com/search?q=parthen 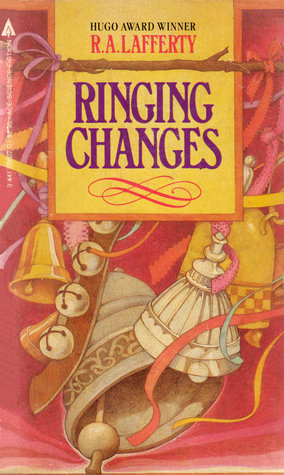