Western literature has a long tradition of riffing on the Bible, and Science Fiction with its constant exploration into the meaning of life and the future of our species has developed a strong tradition of riffing on the book of Genesis. Take for example the cycles of life in the Samuel R. Delany story, "The Star Pit." Take for example the opening of the Philip K. Dick novel Humpty Dumpty in Oakland: A mechanic walks in to open his shop in the morning:

Here it began. He squinted and spat out the first stale breath that
hung inside the garage. Bending, he clicked on the main power. The dead
things creaked back to life. He fixed the side door open, and a little
sunlight came in. He advanced on the night-light and destroyed it with
a jerk of his hand. He grabbed a pole and dragged back the skylight.
The radio, high up, began to hum and then to blare. He threw the fan
into wheezing excitement. He snapped on all lights, equipment, display
signs. He illuminated the luxurious Goodrich tire poster. He brought
color, shape, awareness to the void. Darkness flew; and after the first
moment of activity he subsided and rested, and took his seventh day--a
cup of coffee.

You can't help but smile and at the same time think "Man, I wish I could write that well"

All of this is by way of introducing one of Lafferty's riffs on Genesis. The opening of the first chapter of Archipelago:


All this begins in a southern city and at nine o'clock in the morning, the same hour at which the world was made. It was a Thursday, when originally man was not.

Indeed, in these latter days there were few people in the streets and not many in the pubs. But beer was available (barley and hops had been made on the third day), and the morning had a freshness as in the earliest weeks of the world, as the older people remember them. A fast wind was driving the clearing clouds, and the pavements were wet. (When the world was first made it was as though it had just rained. )

The first man in the world was drinking the first beer. He was Finnegan (not in name, but in self), and he looked at himself in the bar mirror. He saw for the first time that first face, and this was his appearance: he had a banana nose, long jumpy muscles along cheek and tempora, and a mouth in motion. He was dark and lean, like a yearling bull. His eyes had a redness that suggested a series of stormy days and nights, were not previous days and nights impossible. He was a little more than half Italian and a little more than half Irish, as was Adam his counterpart in a variant account.


After which, all you can do is just sit and laugh and admire. 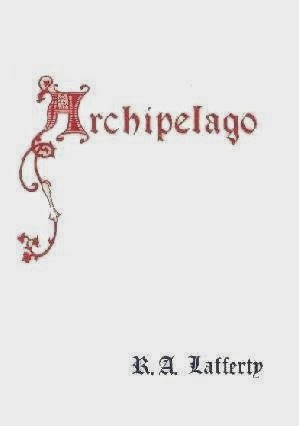